No Curb Appeal. Richardson Square Spectrum Mall Noida in 1977 and only once in 20 years did they attempt a facelift at all, in 1998. And this was basically paint and new tile on the inside – nothing on the outside to draw visitors. It’s like placing your house on the market – it better have curb appeal or no one is going to come inside to see your newly remodeled kitchen.

I just visited Richardson Square again on Saturday, 5/19/07. Besides the mall proper, the perimeter stores are lacking in curb appeal. Some of the buildings look almost deserted, even though they were open for business.

Economic Demographics. This is kind of a hard thing to write about because it may make a few folks uncomfortable. But it’s a trend I’ve noticed over several years of studying and visiting malls. The areas surrounding a mall can sometimes be an indicator of the mall’s future. When I first visited a cousin of mine in Richardson in the late 1970’s, the area was a very upscale, thriving neighborhood. In the last few years, the fading curb appeal of the entire area around Richardson Square has been very noticeable. I’m not sure where the economic balance changes, but once the relative affluence of a community lowers to a certain point, or at least doesn’t keep up with other communities, the demise of the mall is soon to follow.

Age Demographics. The age demographics of an area could be an influence as well. If the neighborhoods close to the mall have a lot of teenagers, 20-, 30-, and 40-somethings, there will probably be good mall traffic. If the surrounding communities have a lot of retirees, or close-to-it’s, then the mall traffic is less.

Failure To Keep Up With Shoppers’ Trends. Malls must constantly re-invent themselves to entice current customers to come back, and to attract new visitors. Richardson Square did not do this. For years, malls could rely just on their novelty to attract crowds. Remember when it was an adventure just to “go to the mall?” You’d go to just gawk at the phenomenon. Now there had better be a lot more than just shopping! Malls have carousels, play areas, food courts, and ice rinks to draw families. On any weekend, there might be a car show, a fashion show, contests, celebrity appearances and tons of other events to draw visitors. Regular recipients of The Mall Pages e-Zine may have noticed that Richardson Square was never in my list of events. 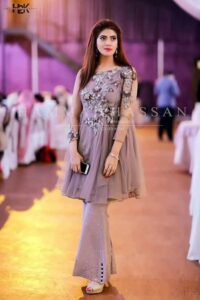 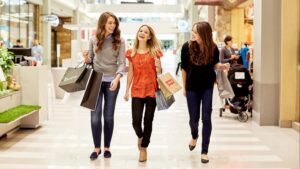 Organize Your Garage With Garage Shelving